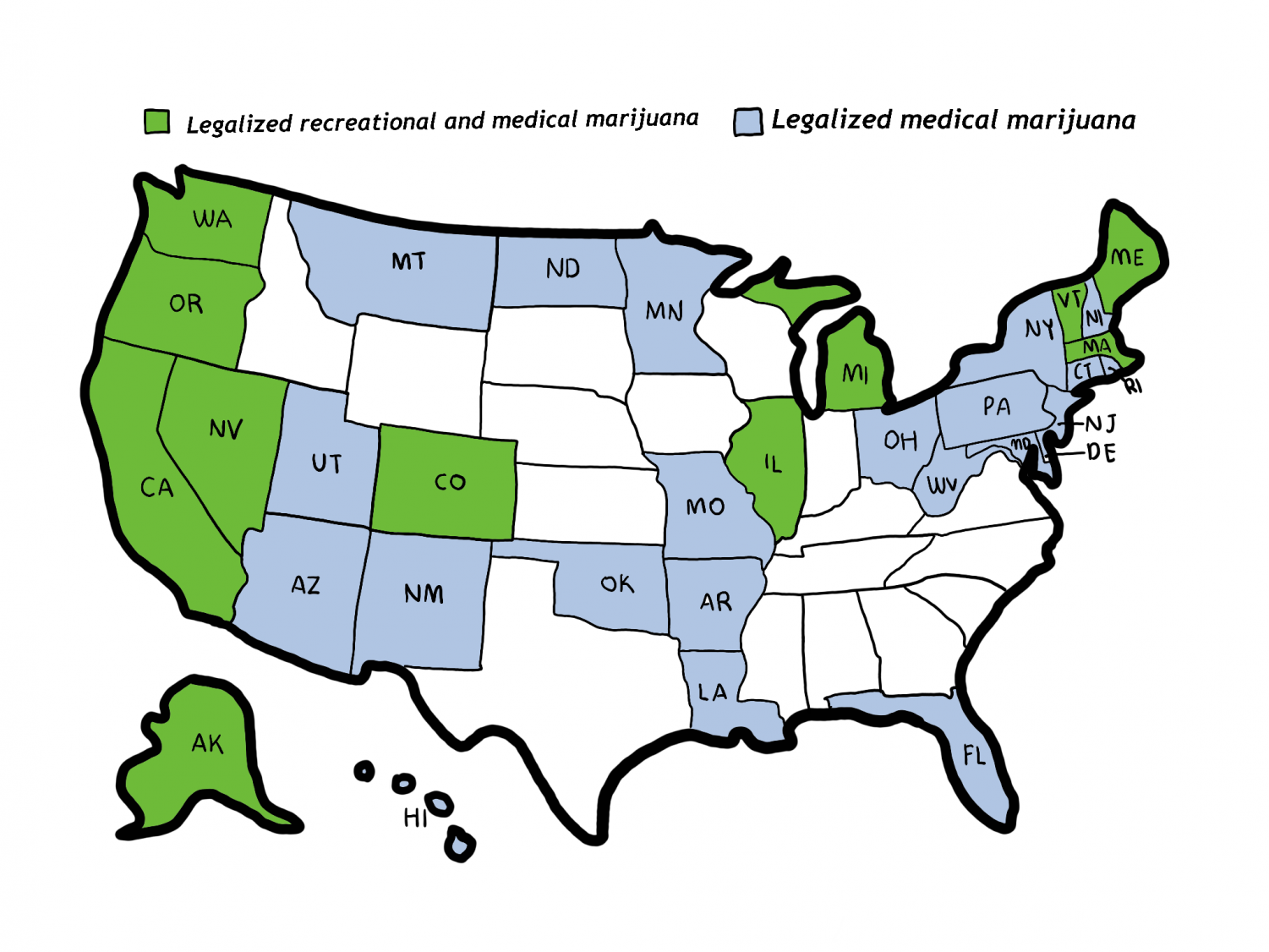 Legalized marijuana will right the wrongs of the past

Marijuana is a mild hallucinogen that contains a psychoactive chemical called THC. It creates a feeling of well-being, mild intoxication, and sometimes mild sensory distortions or hallucinations.

Much of the concern around weed came from the idea that it is a gateway drug, which means it would cause users to try harder drugs. However, research shows that most users do not go on to use harder substances. In fact, alcohol and nicotine are also gateway drugs that prime the brain to move on to more harmful substances, but those two substances remain legal and readily available to those over the age of 21.

There is no solid information that links marijuana use to cancer, with a study in 2013 Cancer Causes & Control stating that heavily smoking marijuana may raise the risk of lung cancer, but lacking any concrete evidence. Weed also lacks addictive withdrawal symptoms that are seen with heroin, a drug considered to be much more addictive and dangerous than weed.

Criminalization of marijuana promotes use of black market substances, which can be laced and monumentally more dangerous than federally produced substances. Eighty-five percent of patients who fall ill from vaping report having used products containing THC, with many stating that they purchased their THC products from the black market. Legalization of weed offers a chance for recreational users to know what they are putting into their bodies, rather than risking buying from illicit sources.

The legalization of marijuana will provide an estimated 63,000 jobs by 2025 according to a report by New Frontier Data. By the same year, annual revenues would reach nearly $98 billion, with $47 billion going to the federal government nationwide. These new jobs and profit offer a chance for economic revitalization in Illinois, a state that has struggled with debt and population loss. The legalized marijuana also offers a chance for lesser costs on law enforcement.

The movement for decriminalization began with President Carter in the 1970s, who said that “penalties against possession of a drug should not be more damaging to the individual than the drug itself.”

This idea exhibits the exact reason that legalization was inevitable. Past policies over-exaggerated the harms of marijuana, encouraged black-market sales, and harshly prosecuted anyone in possession of the drug, especially minorities, with African Americans being 3.73 more times likely than whites to be arrested for marijuana, according to the ACLU. Legalization of weed in Illinois is an opportunity to right the wrongs of the past while creating a healthier and more economically prosperous future.

Legal sales of marijuana began on January 1, 2020, as Illinois became the 11th state to legalize recreational marijuana use. This decision allows adults aged 21 and older to possess up to 30 grams of marijuana. 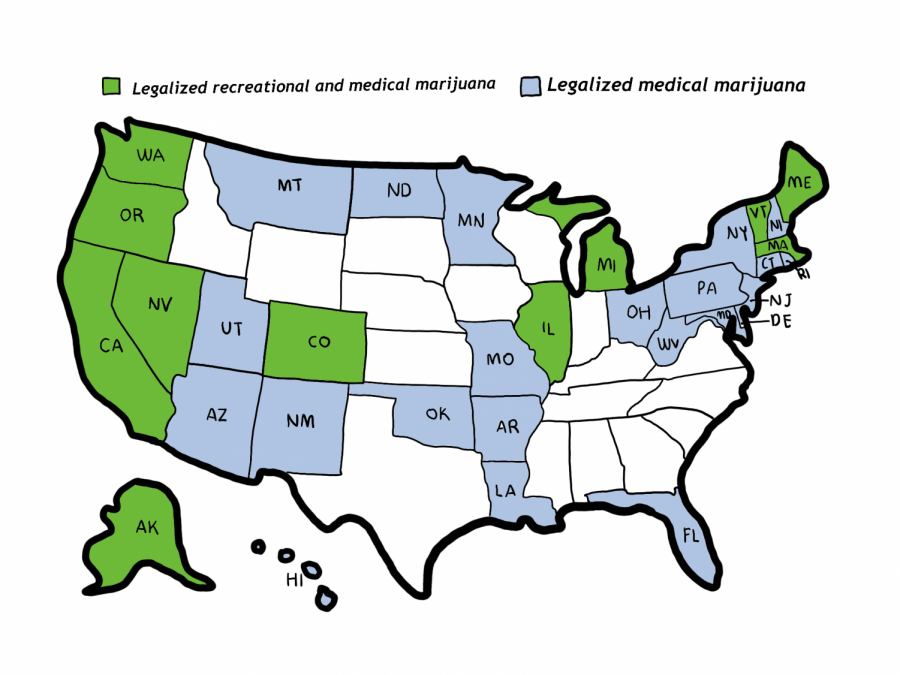 Let’s establish some givens: is it safer to use marijuana than to refrain from it? No. Have the economic benefits of legalization met expectations? No. Has the black market for marijuana been eliminated after legalization? No. Will legalization eliminate injustices in the court system? No. These facts underscore why legalization is undesirable.

Science does not support that marijuana is “safe.” In an article from NPR, Nora Volkow of the National Institute on Drug Abuse highlights the effects of high THC marijuana. Beyond the negative impact on the lungs of inhaling smoke or aerosol, effects include psychosis, severe constriction of blood vessels, and cannabinoid hyperemesis (intense stomach pain and vomiting). A University of Colorado study notes that marijuana consumption is linked to heart issues, long-lasting psychiatric symptoms, violence, accidental deaths and suicides. The study notes that there were 10,000 marijuana related ER visits in Colorado between 2012 and 2016, a 300 percent increase.

Additionally, income and tax revenue from marijuana sales have fallen short of what proponents of legalization had hoped for. The Economist reports sales of marijuana in California dropped by $500 million from 2017 to 2018. They observe that many have returned to the black market due to the high price of legal marijuana. Not only does this deprive states of tax revenue, it fails to eliminate the health risks of black market products or the dangers of the illegal drugs trade.

Even cities in the Netherlands–known for permissive attitudes towards drug use– have taken steps recently to stop the undesirable effects of “narco-tourism.” Many coffee shops and dispensaries have banned non-Dutch residents to address the disturbances and unlawful conduct of marijuana-seeking visitors.

Proponents of legalization point to the injustices of imprisoning drug users. Legalizing detrimental behavior is not the solution; reducing incarceration and helping drug users is. Lately, there has been an emphasis on “drug courts” in the United States, which offer substance abuse treatment as an alternative to imprisonment.