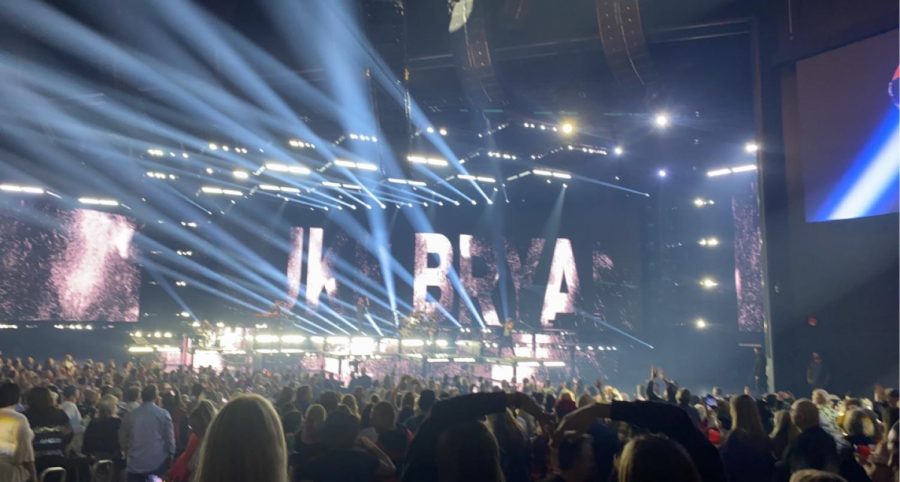 If you like feel-good country and grand concerts, then I highly suggest going to a Luke Bryan concert. Luke Bryan is an American country singer who has over 7 million monthly listeners on Spotify. I guess you can say he is pretty popular! Some of Luke Bryan’s top songs are “Play it Again,” “That’s My Kind of Night,” and “Country Girl,” but he has many other top hits. Luke Bryan started in Las Vegas at Resorts World Las Vegas on Feb. 11, and it recently came to an end on February 26, 2022. I personally was lucky enough to go to one of his concerts during the residency and it was sensational. The Resorts World Hotel contains a very modern stage and Luke Bryan did a phenomenal job utilizing the very technological set and it definitely kept the crowd engaged. For instance, the floor moved up, down, and even light up. Luke Bryan really stole the show, though, when he elevated onto a catwalk during the encore. This allowed him to personally connect and interact with many fans in the crowd–I could even reach up and almost touch him. Everyone knows Luke Bryan as an incredible singer but like many other famous celebrities, his personality hardly gets mentioned in the same way. In this small venue of only 5 thousand guests, Luke Bryan truly got to show off his funny, kind and entertaining side. The show was about 2 hours and he never took a break from singing and sharing stories with the crowd. At one point of the show, Luke Bryan’s band got off the stage and a piano was wheeled out onto the stage. Confusion overtook the audience while he sat down and played a series of slow and fast paced songs on the piano: many of which were not even his own! He started to play cover songs and he would ask the crowd what they wanted to hear. He made mistakes involving lyrics or notes and instead of disguising them, he admitted to it and laughed it off. This shows that all celebrities are human and they definitely aren’t perfect. I believe I can speak for everyone in the crowd when I say that Luke Bryan undoubtedly built a connection with the audience and provided an unforgettable experience!