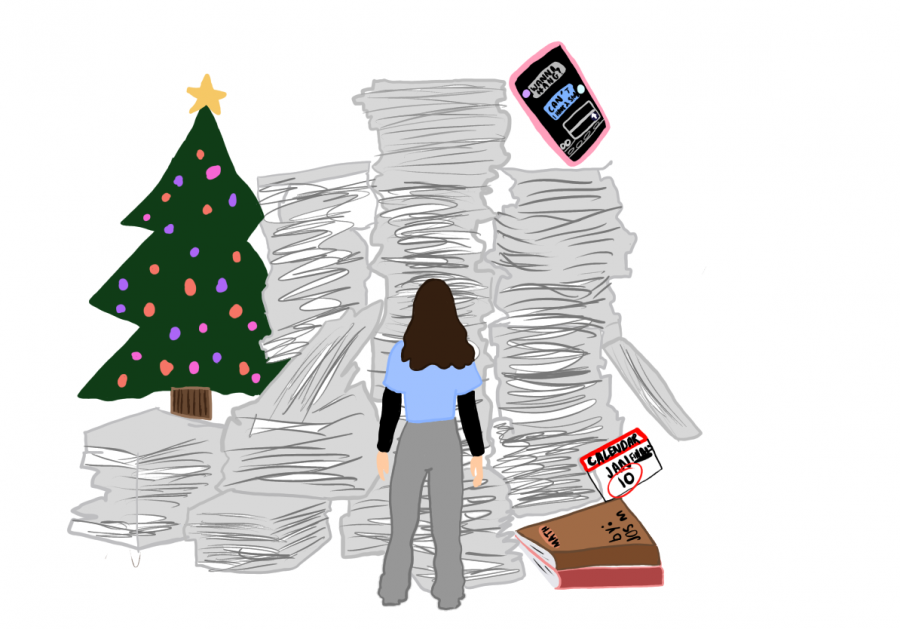 Finals to teachers may seem like just another test they give to students to conclude their semester, but to students, finals are a grueling series of exams that require much of their free time for studying and reviewing. The question that is now brought up is, “Should finals take place before or after Christmas break?”
The newspaper reached out to the student body to get their direct opinions. Through a poll, about 86% of students that took the poll said that finals should in fact take place before Christmas break, and a little less than 15% of the students that took the poll argued that finals should continue to take place after Christmas break. The reason this group of students argued that finals should stay taking place after Christmas break is because they feel like the break will allow them extra time to study. The opposing argument (86%) said that the break would be stressful and it wouldn’t allow them any real relaxation. This is also an opinion I share. A fact that should be noted is that if finals were to take place earlier, the school year as a whole would also have to start two weeks earlier. When asked if they would still support their opinion knowing school would have to start earlier, some opinions were changed. About 54% of students said that they would not still support their opinion because they felt that their summer would be cut short and it is not worth it. The other 46% of students argued that they would stick with their opinion because they felt that the relief of having finals take place before Christmas break outweighs the cut off of summer. After an interview with Mr. Field, I have gathered information that does not support the cut off of summer. If school were to start, hypothetically, on August 9th, school would be out in late May. Regarding seniors, graduation would be at about the same time as before (no change). One of the reasons we have not switched to starting school earlier is due to the lack of air conditioning. Currently, we only spend two weeks of school in August. If we were to start earlier, that would result in 3 weeks of a warm environment that may not be beneficial to learning. In my personal opinion, the stress relieved from getting finals over before Christmas break would be worth other things we might have to endure. Knowing what the majority of students feel about finals and also taking note of what has to happen in order for the time of finals to change, it is something the school faculty and administration should take into account for years to come. The stress associated with finals is still very apparent and students’ feelings should be taken into account when dates are planned. Not having had finals for the past two years adds additional stress to students who have become unaccustomed to them.