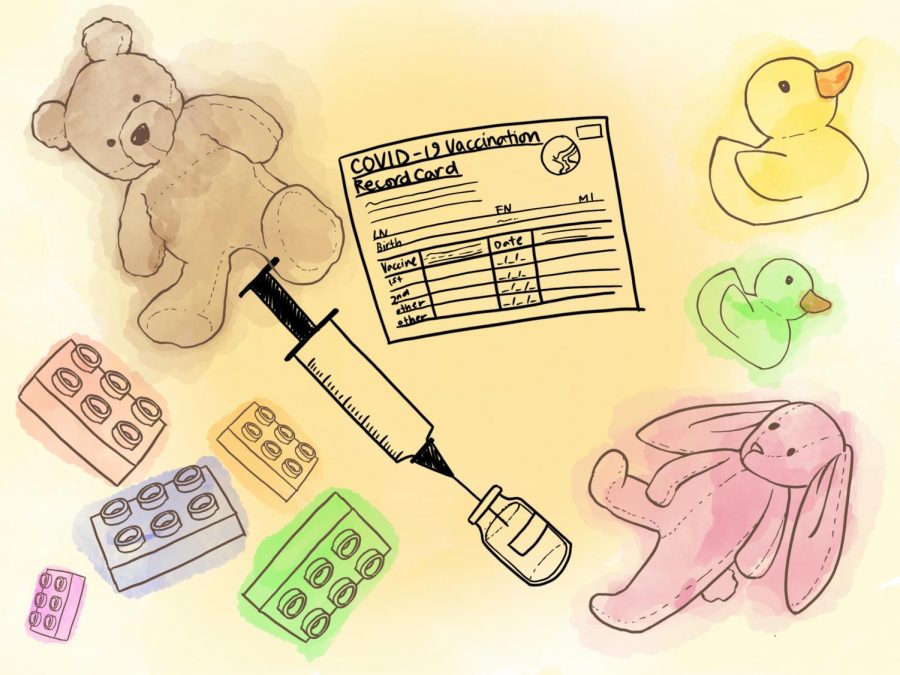 While 195 million people have been fully vaccinated in the United States, there is still an age group who has not received the vaccine. FDA officials are firm about the vaccine being 91 percent effective in intercepting COVID in young children. They say that their reaction to the vaccine is similar to that of 16-year-olds after receiving it. There are no serious side effects found by researchers. Therefore, the Pfizer and BioNTech vaccines have been approved by the U.S. for children aged five to 11.
According to a CDC official, COVID has led to the closure of about 2,300 schools, affecting about 1.2 million students and 78,000 teachers since August of this year. In the United States, fewer than 1.8 million cases of COVID have been confirmed in children aged five to 11 years. Only fewer than 200 of them have died, most of whom had medical problems.
Medical experts say vaccinating children is a vital step in the fight against the pandemic especially since there is the Delta variant and the return to in-person learning. At the Texas Children’s Hospital, or TCH, Dr. Versalovic calculates that there are at least 1,500 children who have been diagnosed since the start of the pandemic at TCH. He says no age group is immune to the COVID-19 virus.
Although there is approval by medical authorities in the United States, the adult population does not approve as much as the authorities do. Parents are still hesitant about vaccines for children. A survey shows that the acceptance rate of the adult population has been below 60% for several months. Only one-third of the parents who participated in this survey said they would like their child to receive the vaccine immediately. The other third said they would like to wait and see after this is put in effect.
“Five-year-olds make me wary, but once children start getting the vaccine and nothing catastrophic happens, then I would feel comfortable for my nephew to get the vaccine,” says art teacher Mr. Matthew Gruenfeld. “I am leaning more towards pro vaccines than not.”
Parents who said that they did not want their children to get the vaccine said that they are concerned because of the hundreds of cases of myocarditis, which is an inflammation of the heart muscle, that were reported in young adults who took the vaccine, especially after the second dose.
Doctor Liz Mumper, the chief executive of the Rimland Center for Integrative Medicine, says that children should not be given these treatments or vaccines if it is not necessary. There is low risk of spreading COVID to children, and if they do have COVID, those cases are very mild.
The White House has already purchased enough vaccines to give to the 28 million children who have become eligible to receive it. According to White House COVID Response Coordinator Jeffrey Zients, there have already been 15 million low-dose vaccines moved from the Pfizer storage facilities to distribution centers.
Patients at TCH participated in the Pfizer clinical trials for children. According to Dr. Versalovic, any side effects were easy to treat and monitor. He says that he is confident that the reduced dosage COVID vaccines will work and are tailored for children.
“I do not worry because the coronavirus vaccine is a relatively advanced project within the United States,” says freshman Iris Dong. “The vaccine for children has definitely been improved and adjusted. The number of infections among children in the United States is just 15.1% of those affected. After vaccination, my younger cousin will have antibodies to effectively prevent the virus.”
In comparison Summerwood Pediatrics’ medical director in upstate New York, Dr. Robert Dracker, says the implementation of the vaccine for children will conflict with the other realities such as the flu season, the children’s mental health crisis and staffing shortages. He worries that there is a lack of coordination and that pediatricians are struggling over the past few years.
Children being able to receive the vaccine is a big part of the step of going back to normal. There are many points of view towards this issue: parents are concerned about the vaccine, half of the professionals feel confident about this procedure, but the other half are not agreeing with the other half. Realities are clashing with one another: mentally and physically. As this process continues to develop, it is important to consider different sides of the conversation and know the realities of the vaccine, especially with new discoveries for children.