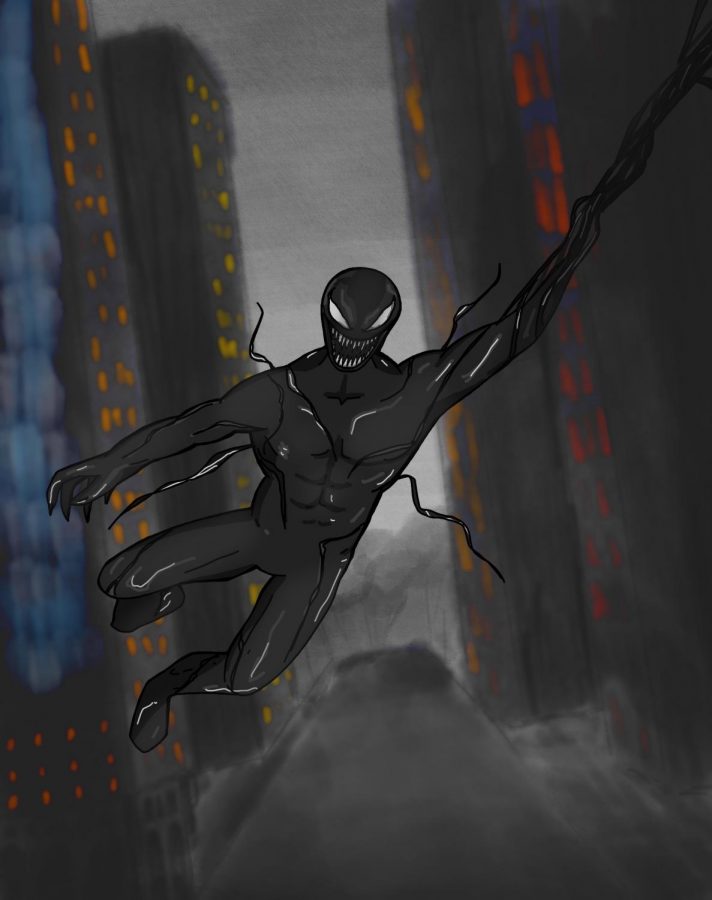 The long-awaited sequel to 2018’s “Venom” finally came out earlier this month. To my surprise, it was excellent. Director Andy Serkis did a great job with this sequel to the original Venom as it has some significant improvements over the first one, such as a better overall story, better action scenes, and an engaging, unpredictable plot that keeps you at the edge of your seat. “Venom: Let There Be Carnage” had some terrific action scenes and was concurrently really comedic. Essentially, the movie’s first half relies much more on the comedy between Eddie and his symbiotic friend, but the latter half is much more action-packed. The basic plot follows Eddie Brock (played by Tom Hardy), an investigative reporter whose body is host to Venom’s alien symbiote. The two have a fascinating and often hilarious relationship as they work together to fight crime. The main antagonist Cletus Kassidy, played by Woody Harrelson, serves as the host of Carnage: an equally powerful symbiote.
Woody Harrelson did an excellent job at playing Cletus and exceeded my expectations because he fit the role perfectly. This is the first film where Cletus and Carnage have been shown. Another upside to it was the surprisingly fantastic visual effects and uses of CGI. However, in my opinion, the film did have some shortcomings. For example, the runtime is only an hour and a half. Everything in the movie happens at a breakneck pace, and the plot tends to jump around from time to time, confusing the viewer. Another issue is that some of the screen time focuses on relationship drama that could have been better used for fight scenes or actual development between Eddie and Cletus. The movie also lacked in its faithfulness to the character Venom’s comic book counterpart, in which he is portrayed as a cold-blooded villain. Not to mention that some of the characters were also poorly developed and did not have much significant story. The whole movie was absurd and hilarious throughout, and although it received mixed reviews, including a 6.6/10 on IMDb and a 59 percent on Rotten Tomatoes, I thoroughly enjoyed it. Critics claim that it relies too much on humor, but that makes the film so much more enjoyable to watch. If you are looking for an overall funny, quick, action-packed movie, look no further than this fantastic sequel to “Venom.”
And if you do see it, don’t leave while the credits roll! There’s a significant post-credits scene that foreshadows a sequel!