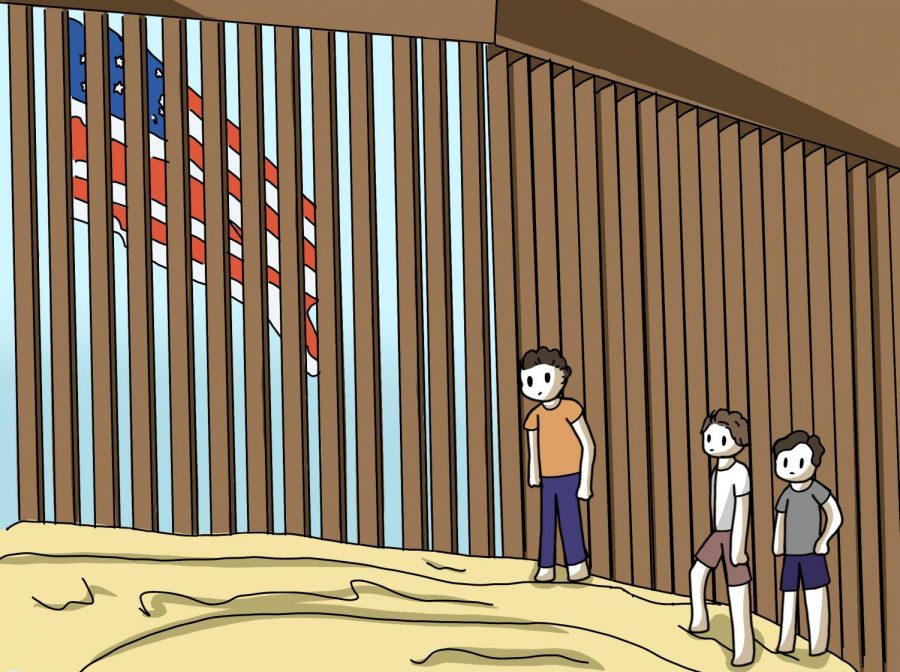 Hundreds of Haitian people flee Haiti every day and many end up at the Mexico-U.S. border. Natural disasters, disease, an unstable political climate, and extreme poverty push these refugees to the border in hopes of a stable, free life in the United States. Most, though, get stuck at the border due to quotas, documents, and security, and this same scenario happens to many immigrants from around the world, hoping to get into the U.S.
After the assassination of President Jovenel Moïse in July, the Haitian government has become a bloody power struggle. This includes senators trying to swear themselves into the vacant president position, the acting prime minister’s suspected involvement in the president’s assassination, and the firing of the chief public prosecutor hours after he accused the prime minister of being a suspect in the assassination. This political instability has also prolonged the failing Haitian economy and extreme poverty that affects most of the 11 million Haitian citizens. According to Opportunity International, 59% of the Haitian population lives under the national poverty line of under $2.41 per day and 24% of the population live under the extreme poverty rate of $1.23 per day. These statistics have only increased after multiple cholera outbreaks and the recent natural disasters such as Tropical Depression Grace and several earthquakes that have destroyed homes and caused extensive flooding. All these factors pushed thousands of Haitians to flee to the U.S. border.
The largest story in the U.S.-Mexican border is the makeshift camp in Del Río, Texas. Over 15,000 Haitian refugees live in this camp with unsanitary conditions and where asylum seekers are constantly being sent home. Many of those who hoped to seek asylum spent weeks or months journeying to the border only to be detained and sent away within days. Many of these refugees traveled through dangerous, gang-ridden towns in Central America, which includes traveling from Columbia to Panama via the Darien Gap, one of the most dangerous, lawless jungles in the world. Officials at the border are overwhelmed with the rush of asylum seekers and detain many upon their arrival, not letting them plead their case for asylum. Another tragic statistic seen at the border is that 2 of 3 people leaving Haiti for the U.S. are women and children. According to UNICEF stats, 40% of the migrants at the Del Río camp are children, and many of these children will be sent home to a place with no education opportunities and constant poverty.
“I think one way for US officials to make it easier is to go and talk to some of the men and women who have been accepted or denied and ask them what was good and bad about their way through the US immigration system,” said junior Meghan Hartigan.
Immigration is a constant subject discussed in the U.S., and solutions to this problem, like the one mentioned above, vary greatly. A local place where this discussion happens daily is the Viator House in Arlington Heights. Located near Saint Viator High School, Viator House shelters boys ages — seeking asylum. It provides a safe, healthy place for the boys to wait for their asylum verdict instead of staying in one of them jails located at the U.S.-Mexican border. Viator House also offers many services to help the boys establish their lives in the U.S. and aid those they may have left behind in their home countries. They provide education opportunities, therapy, and service opportunities for the boys. The concept of Viator House is an example of how the asylum seeking process can be dealt with in a positive and fair way.
“The sheer number of people presenting themselves at the border (and from a variety of other countries, too, such as Venezuela) presents more stress on an already backlogged system… Asylum claims can last as long as four years (even to be granted a first interview), of which there are nearly 400,000 claimants waiting. Obviously, hiring more immigration personnel to handle the backlog in the form of granting interviews and researching claims (on top of hiring more immigration judges) would make things easier… As for restrictions, we’ve every right as a country to maintain the integrity of our own borders (this is acknowledged even in the catechism (CCC 2241). We’ve, however, got to balance that with treating every migrant with the dignity inherent in their humanity. These are difficult to balance at times due to the sheer size of the demand of people who want to come here, contribute to American society, and improve their quality of life,” said history teacher Mr. Cory Jensen.
All of these statistics reflect the need for change at the border. Whether this means stricter or more relaxed protocols, a more expansion or simpler systems, or more government or outside organization involvement, awareness of the crises at the border can be expressed by everyone.