Bowling team has skill to spare 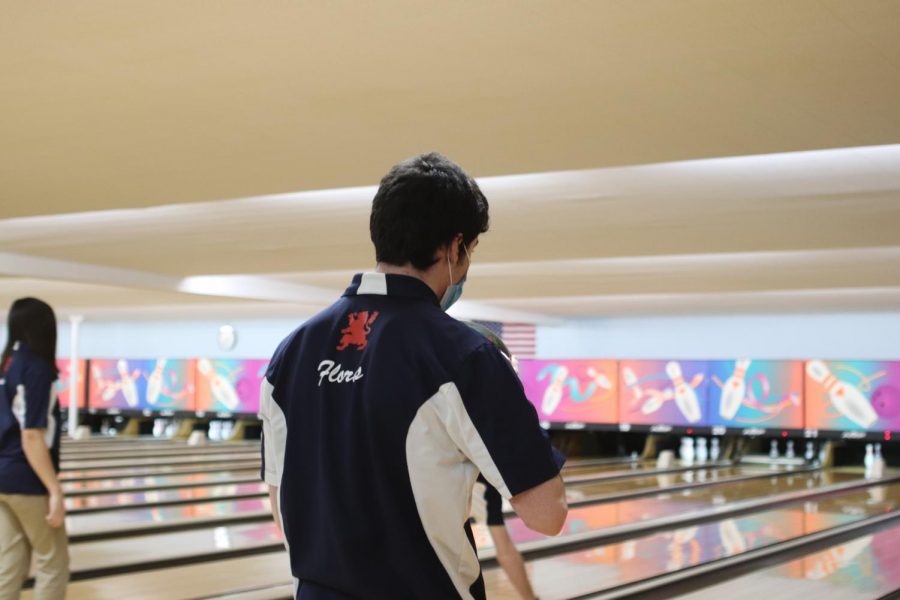 In the past, bowlers gazed during pep rallies at countless school teams as they paraded through the gym and sought a similar opportunity to showcase their athletic talents. They wondered if anyone else in the crowd was feeling the same way. Soon, interest meetings took place and brought together like minded individuals as they began to discuss rallying a team. Students who once felt alone in their interests were able to join a community of similarly passionate athletes.
Student athletes now feel relief that their talent is able to be recognized and they have the ability to continue to build their skills.
“Being a semi-pro bowler, I worked very hard for 3 years to create a team,” said senior Todd Fournier. “It finally happened last year, and I was very excited.”
Led by head coach and social studies teacher Mr. Andrew Weber ‘12 and Coach Jack Halpin, the team offers students a new activity to get involved in as well as the ability to learn new technical aspects of such a popular recreational sport.
“Bowling at Viator is very different from other sports because many people have heard of and played it recreationally before, but it is also a sport not many people know the depth of,” said junior Raymond Finnerty. “It is very fun to learn how to play competitively.”
Bowlers of various ages and demographics have been able to come together and find a new passion.
“We have more than enough bowlers, plus four different girls,” said Mr. Weber. “[It] has been great to include them on this team, which is technically a boys league, since we do not have a girls team. Everyone has really stepped up.”
Female students have been able to carve their place in the male-dominated sport as well, including freshman varsity bowler Francheska Davis.
“My favorite part about the team is the people.” said freshman Francheska Davis. “Our team is very diverse…on both the varsity and junior varsity teams.”
The team has achieved significant success and has shown other schools how important this sport is to them. Students of all ages have come together and made lasting connections. Upon seeing the team in action, their camaraderie is clear through their enthusiasm and supportive atmosphere.
In the northern division of the long-established Chicago Catholic League (CCL), the varsity team has been among the top three ranked schools and has been invited to compete in the league playoffs.
“Our team is very competitive,” Finnerty said. “Last year we started out as an unknown team, and this year we are real strong competition.”
Still a young team, the Lions are already off to a stellar start and will be exciting to watch in years to come.