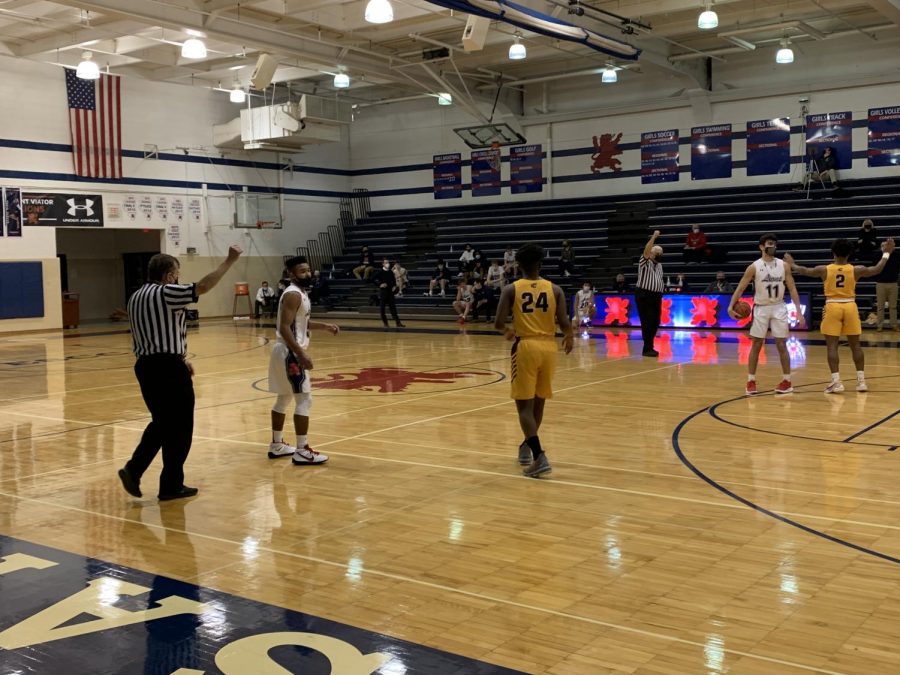 Sports have been hit especially hard during the pandemic, but we don’t consider the referees and how their sporting experience has changed. Referees’ jobs have been impacted nearly as much as the athletes participating in the games.
Mr. Maziarka, a basketball referee for the Chicago Catholic, West Suburban, Metro and East Suburban Catholic Leagues, says there have been many changes that have occurred due to the pandemic. The obvious change for referees includes mask wearing during the game, but also not having jump balls to start the game. Some other regulations that have been put in place for basketball are limited fans and number of games. Many games have been canceled, as well as the state tournament due to concerns with the virus. After refereeing a few games following new precautions, Maziarka asserts that the most important thing about this season is trying their best to stay safe.
Another referee named Mr. Gerdes, an IHSA official for both basketball and baseball, has also seen changes due to COVID-19. As an umpire, he had to wear a mask and enforce social distancing among players and fans. He began to umpire baseball games in July 2020 with proper safety protocols and has recently started refereeing basketball.
“Having kids not being able to play sports hurts in many ways,” said Mr. Gerdes. “Kids play sports to have fun. Taking that outlet away is depressing. Not being able to socialize with teammates is another negative. Building those friendships and team bonding is hindered.”
Mr. Gerdes thinks that youth sports are beneficial to kids, but they need to be done safely.
“There are many life lessons to be learned by playing sports and if one is not playing, one does not experience how to handle those lessons,” Mr. Gerdes said. The safety of players and officials is most important to youth sports during the pandemic. With these new regulations in place, youth sports can hopefully make a safe return to what they once were.