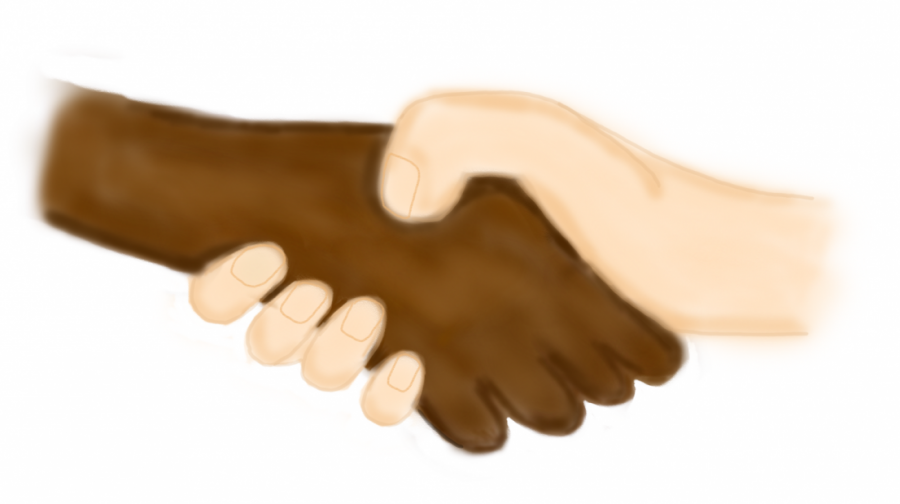 This year Saint Viator has introduced a new DEI initiative among students as well as faculty and staff throughout the school. DEI is short for diversity, equity and inclusion, and the topic has become increasingly popular in 2020.

Over the summer, the school has been working with Brave Dialogue, an organization that works with boards of education.

“The folks over at Brave Dialogue are helping us get started,” said Principal Mrs. Karen Love. “We are learning how to change our language in documents, form committee focus groups and  inviting students to hear their perspectives”.

“Last spring Saint Viator planned to attend a DEI presentation from DePaul University, but it was cancelled due to Covid-19,” said President Mr. Brian Liedlich.

“It is used from a Gospel perspective. If we look at Jesus and who he was interacting with, it was people on the margins,” said Brother John Eustice, Vice President of Viatorian Identity & Mission. “We will need to look into how the student demographics at Viator compare to the surrounding communities.”

With the school being in a primarily white, affluent community, diversifying the student body will be a challenge to the administration.

“I think the diversity at Viator is understandable regarding the location of the school, but there are always ways for any establishment to improve their environment and care for all students of different backgrounds and races,” said senior Kate Heneghan.

When marketing to prospective students, Viator focuses on partnering with Catholic feeder schools in the area and uses a heat map to see where students are coming from.

“When you look at the map, most of our students come from areas that run along the [northwest] Metra line, but there are also pockets within those areas where people do not even know about us.” said Mrs. Love.

The school is also looking to diversify the faculty and staff.

“Well I think it’s something that we have to do intentionally and carefully, over the time that I’ve been president we have been more aggressive in posting job positions to a broader audience of people and bringing in the right person for the job,” said Mr. Liedlich, “When two people are very well equipped, we can be intentional about bringing in a more diverse group of people”.

Equity is defined as eliminating as many barriers as possible so that a wide range of candidates can enter. At Saint Viator, the entrance exam is open to everyone.

“Our ponderings are that there are people in our community who do not even consider Viator as an option” said Brother John.

One third of students attending the school receive financial aid and the administration believes it will be necessary to expand their endowment further if they are to increase equity at the school.

Inclusion is considered met when organizations are truly open to all people.

“For two years it has been in our mission and values statement that we strive to cultivate an environment of kindness for all to feel welcomed, included and involved,”  said Brother John.

This year the school introduced a course in the English department called Literary Heroines in an attempt to diversify the literature students read. The students in this course also studied the poem “The Hill We Climb” given by  African-American poet Amanda Gorman at the 2021 inauguration.

Saint Viator will also be taking part in the Catholic High School RISE: Racial Equity Program that The Archdiocese of Chicago is putting on.

“The points being brought out by the community does not necessarily have to be issues that we face, but can be more of having an outlook into the future and how we can prevent these things from happening,” said Rishi Reddy Velumula, a senior involved in RISE.

So far, a couple of representatives from each grade have met over a zoom meeting with other students from schools in the Chicago area on Feb. 8.

“Personally, going into the call, I did not expect many of the students to have a list of issues in their school seeing that today society pushes for racial equality everyday, but I was shocked to hear some of the students,” said Velumula.  “Many students spoke about how they were at a disadvantage to being in an Honors or AP class because of the color of their skin, or how their counselor had discouraged them to take a more advanced class because they were African-American or Latino.”

Expanding DEI at Saint Viator will not be easy and will take effort from everyone in the community to make a difference.