MLB slides into new home base 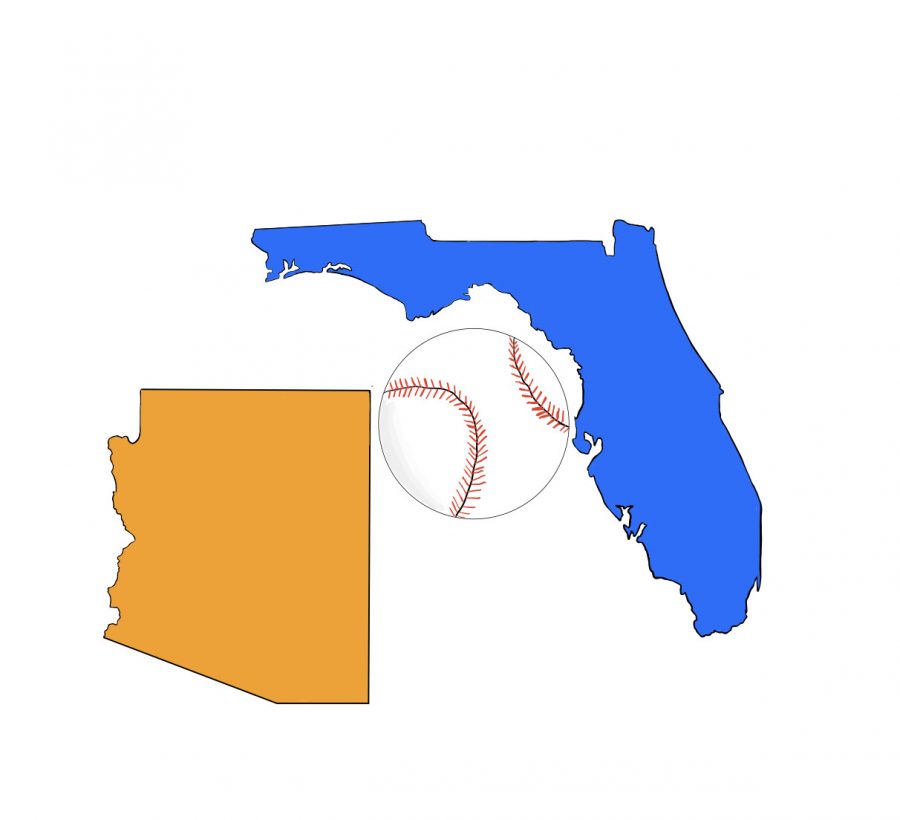 As MLB spring training draws near, the question of what baseball will look like this coming season arises. Recently, the MLB Players Association rejected a proposal suggested by the MLB to delay the seasons’ start and spring training for a month. In addition to delaying the season’s start, the league proposed shortening the season to 154 games, yet the MLB still plans to have a full 162 game season.
The main goal of the MLB season this year is to keep everyone safe and entertained. This could be a problem for spring training due to locations throughout Arizona and Florida being forced to close after trends of rising COVID-19 cases. Fans will most likely be allowed o spectate, but only a limited capacity admitted in masked pods. Ballparks are working feverishly to create a seating system to ensure the safety of fans.
“It’s going to be different, very different,” said Boston Red Sox manager Alex Cora. “We’re going to try to play 20 to 30 games following every guideline and protocol. It is going to require a lot of discipline. It’s still baseball and it’s still fun, but we have to understand that, some days, it’s not going to be fun. There will be obstacles.”
In addition to changes in spring training, both the Cubs and White Sox rosters’ have changed. Both teams have signed and traded away various players. The White Sox signed a one-year contract with Carlos Rodón, a pitcher who previously played at North Carolina State College. The White Sox also signed pitcher Liam Hendricks who was previously on the Oakland A’s. Cubs outfielder Kyle Schwarber became a free agent and went to the Washington Nationals. A major trade that occurred was the swap of pitcher Yu Darvish and catcher Victor Caratini to the San Diego Padres. The Cubs also signed free agent Joc Pederson, who previously played for the Los Angeles Dodgers.
After both teams had a short playoff run last season, these trades will i help them in this year’s postseason. Despite the COVID-19 pandemic, the MLB is working hard to make this season run as smoothly as possible and be the best it can for both players and fans alike. Exhibition games are set to begin on Saturday. Feb. 27, along with a sure-to-be one of a kind baseball season.