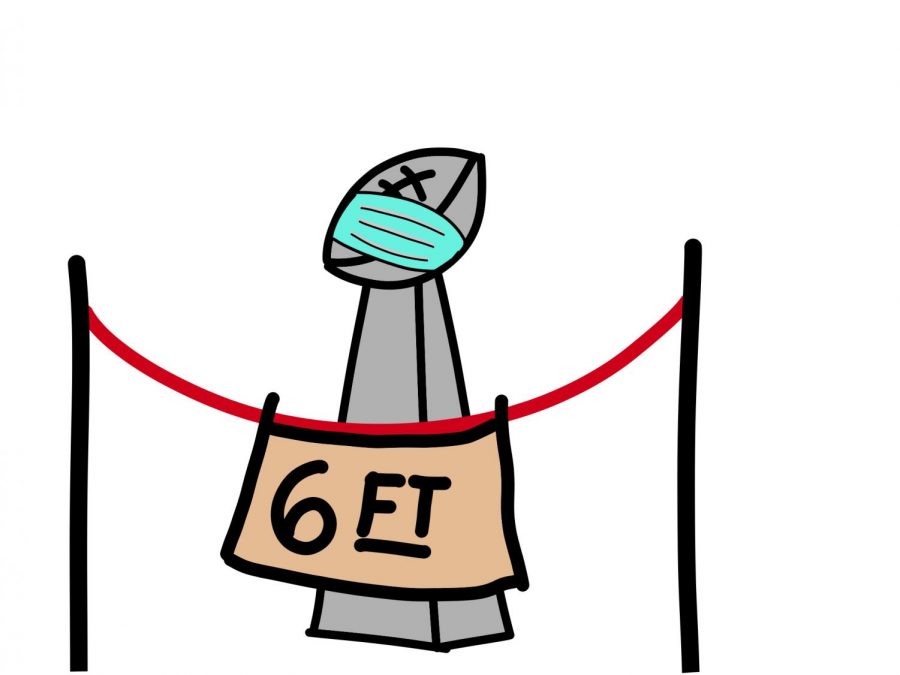 On Sunday, Feb. 7, Super Bowl LV kicked off with two powerhouse teams, the Kansas City Chiefs and Tampa Bay Buccaneers. Tom Brady, a now seven time Super Bowl champion, led the Buccaneers the entire game, throwing three touchdown passes and for over 201 yards.The Chiefs were outplayed on both sides of the ball, making it a huge upset to many fans. The 43 year old vet has played 20 seasons in his career and hasn’t seemed to have slowed down. The born leader has shown determination on and off the field, being a true definition of a role model for his fellow teammates.
Although there was questioning at the beginning of the season regarding his transfer to Tampa, and whether he could perform at a high level, he has proved time and time again there is no stopping Tom Brady. This is only Tampa’s second Super Bowl championship, with their first being in 2003 against the Las Vegas Raiders.
“I think that everybody believed we could win,” Brady said in a post-game interview. “ I think you know really all year we believed in ourselves our coaches believed in us, and we were going up against a great team tonight and just happy we got the job done.”
Tampa Bay’s sudden success can be clearly attributed to Tom Brady’s personal recruitment efforts, which brought former teammates Rob Gronkowski, Antonio Brown and Leonard Fournette, all of whom put touchdowns on the board for the Bucs.
In addition to getting yet another Super Bowl win under his belt, Brady has also been given the honor of being the MVP for his fifth time. Fans can only hope to be as successful as Tom Brady, and he is admired greatly for all the sacrifices and dedication he has put into perfecting his craft. It is confirmed that Brady wishes to come back next year in hopes to keep his title with the Buccaneers. The nation can’t wait for another season with the champion and, who knows, possibly one more Super Bowl win.