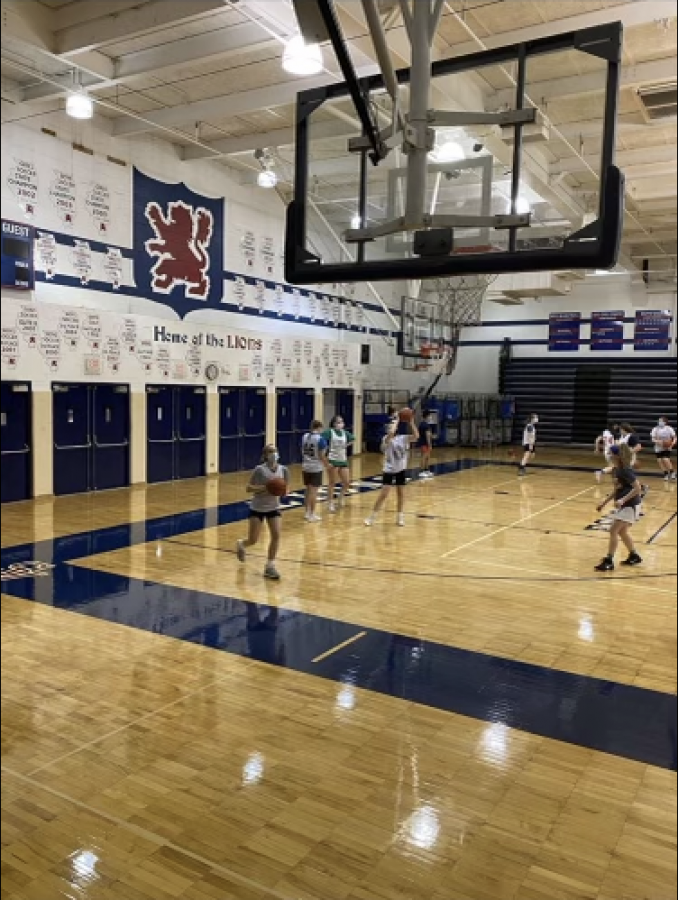 On Sep. 27 2020, hundreds of student athletes and parents gathered in front of Illinois Governor JB Pritzker’s Gold Coast home to protest the postponement of several fall sports by the Illinois High School Association (IHSA). Numerous other rallies occurred throughout the state, such as in Springfield, at the James R.Thompson Center, and at Soldier Field.
This preceded a class action lawsuit filed against the IHSA in DuPage County, which pushed for the immediate resumption of all fall sports.
“We believe the IHSA did not follow their bylaws, and we are looking for the courts to force them to do so,” said Dave Ruggles, a parent and plaintiff in the lawsuit.
Ultimately, the case ruled in favor of the IHSA, maintaining the readjusted schedule.
Other student athletes took to social media, sharing personal stories and rallying statements under the hashtags, #LetUsPlay and #HearOurVoiceIllinois.
The IHSA has shared and reposted various posts directed at themselves, encouraging anyone attending a #LetUsPlay rally to wear a mask and “be safe and responsible” via Twitter.
Some critics argue that the movement is insensitive to graver issues of the pandemic, specifically the continuous stream of COVID-19 cases and subsequent deaths in Illinois. However, the absence of sports is deeply personal and impactful for student athletes who have felt long-lasting side effects of an unprecedented year.
According to a study from the University of Wisconsin-Madison, 68% of approximately 3,000 surveyed student athletes reported levels of anxiety and/or depression in the past year that would typically warrant medical attention.
“I really think that sports should continue to run because it gives students something to do and keeps them out of the house during this [pandemic],” junior swimmer Leo Marcinkus said.
For many athletes from the Chicago Public School system, the volatility of the past two years has been frustrating. In Oct. 2019, the Chicago Teachers Union strike swiftly ended the seasons of several fall sports, including boys soccer and volleyball; in 2020, the pandemic cut short the seasons of every spring sport and sent fall sports into limbo.
“I know [Governor Pritzker] is trying to be safe, but some of my teammates…are actually put more in danger at the house and not with a team,” said Kenwood Academy senior Myles Mooyoung at the Thompson Center rally.
On Jan. 27, the IHSA Board of Directors released an updated athletic schedule for the remaining months of the 2020-2021 school year, which reversed the earlier decision to push several spring sports into the summer months and called for the immediate resumption of winter sports which had been halted months prior.
“We are excited to channel our energy into creating as many positive experiences for Illinois high school students as we can between now and the end of this extraordinary school year,” IHSA Executive Director Craig Anderson said
Even with obvious safety precautions in place, this announcement brings a renewed sense of excitement for student-athletes and coaches alike.
“We know that it can all change quickly based on either positive tests or some things changing within the IDPH and government,” said athletic director Mr. Jason Kuffel ‘99. “So we’re excited, but we’re cautiously optimistic.”
Both boys and girls basketball resumed in early Feb. with masks worn by all players, limited spectators, temperature screenings and socially distanced seating.
“Coaching basketball this year has been unique and, at times, challenging,” said varsity basketball coach Mr. Michael O’Keeffe. “However, I could not ask for a better group of kids to coach in my first year at Saint Viator. Our team comes to practice each and every day ready to compete, improve and have fun, which makes my job very enjoyable.”
While normalcy has been redefined in the past year, sports’ return reintroduces a once-familiar feeling to athletes.
“Freshmen have been affected most because they haven’t gotten to see what a fully-operating swim meet is like,” Marcinkus said. “But as for the upperclassmen, we haven’t noticed much change other than no spectators and a constant need for timers.”
However, sports are not a guarantee, and it is in the hands of the athletes themselves to ensure their ability to play.
“Social distance and make smart choices, especially on the weekends when you want to get with friends,” said Mr. Kuffel. “Do what is important to you. Make the smart choice so those things can happen, and hold your friends accountable.”