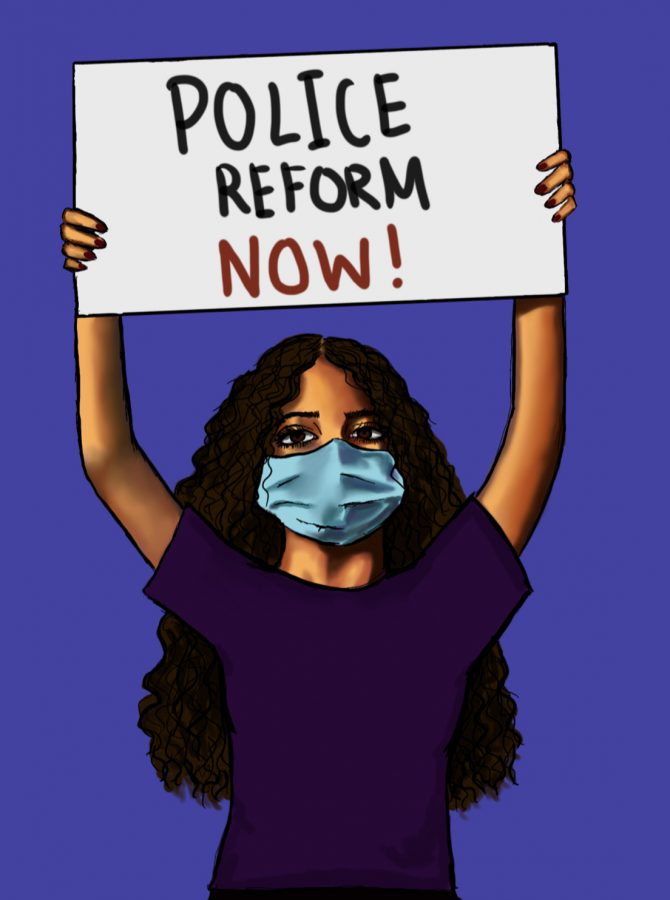 Police brutality has been a prevalent issue especially in light of the murders of George Floyd and Breonna Taylor. These highly publicized cases have drawn a significant amount of attention to this issue and has put a spotlight on how police interact with the public. Statistics show that African Americans make up 28% of people killed by police this year despite only composing 13% of the population, according to MappingPoliceViolence.org. The fact that African Americans are disproportionately affected by police brutality proves the need for police reform and change to occur in the way police officers interact with people of color. The question now is— exactly how should police reform be enacted?

The phrase “defund the police” has sparked controversy and has been manipulated into a “radical” statement by those opposed to it. They believe it calls for the abolishment of police, which is not true. Defunding simply means redirecting some funding from police departments to other places, such as social services, which help people in situations officers cannot. Defunding police departments would help hold officers fiscally responsible for change rather than just hope that officers will follow training procedures. Training alone would not be effective because “training is a nebulous concept with little oversight, and departments don’t necessarily turn to evidence-based programs” as stated by Stephanie Pappas from livescience.com.

Police officers are necessary in society today, but they need to be held accountable for the magnitude of their actions. No human being should lose their precious life because of someone who could not fulfill their duty and “protect and serve”.