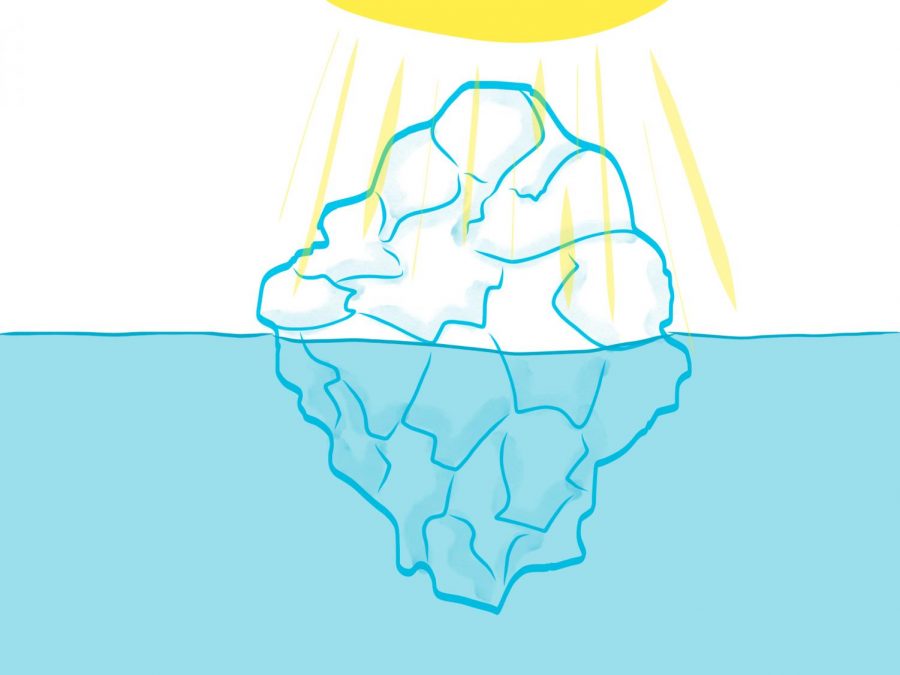 Two examples of these glaciers that are melting at an alarming rate are Pine Island Glacier and the Thwaites Glacier. Pine Island Glacier has lost a huge piece of ice to the sea, which is continuing to melt at an increasing rate.  In Oct. 2019, the glacier began to melt, and by Feb. 2020, it separated from the rest of the glacier. The separated piece was twice the size of Washington D.C., spanning 130 square miles, or 340 square kilometers. Also, during the past two decades, Thwaites Glacier, also known as the Doomsday Glacier, has been calving, which is when a chunk of glacier finally separates from the rest of the original glacier’s mass.  Research by the World Meteorological Organization indicates that the melting is associated with global warming.

“Global warming is bad, and it can be fixed by not showering for a long time and saving water and also not keeping air conditioner on for too long,” said senior He Bai.

The Pine Island Glacier undergoes significant calving every 4 to 6 years, but in the last decade, the large calving events have been happening from 2011-2018 sporadically, and currently in 2020, which indicates the shortening trend of these events.

“During the Ice Age, people and animals were allowed to transport to other lands through the Bering Land Bridge, or Beringia,” said history teacher Mr. Andrew Weber.

According to research, global warming makes these glaciers melt faster, a problem that needs to be addressed.  The rampant pollution present today can endanger the lives of animals that live in Antarctica, destroying their much-needed habitats.