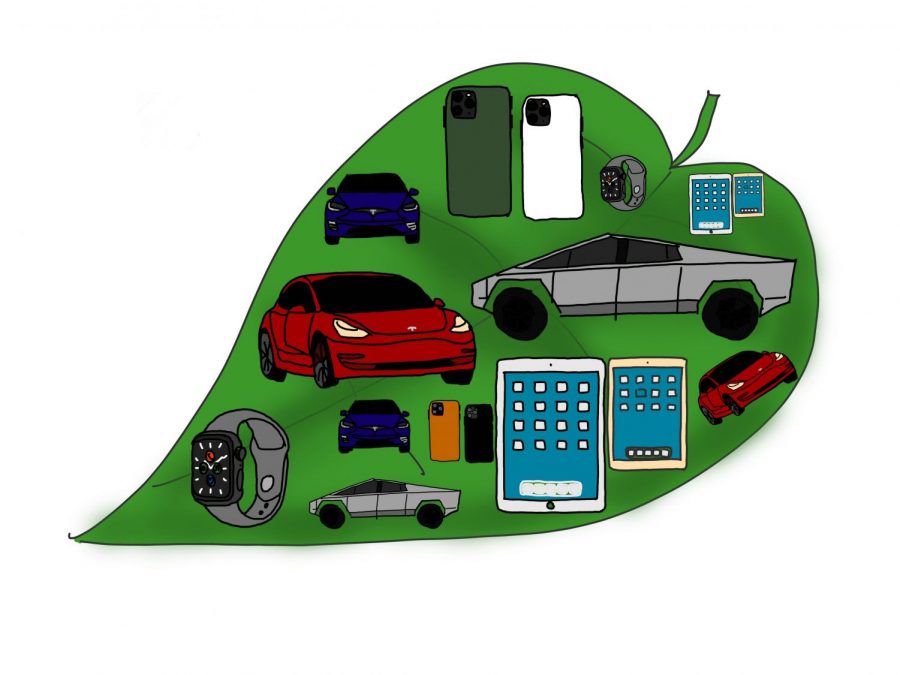 It is 1876  in Cologne, Germany, and Nickolaus Otto has just finished building the first internal combustion engine. Although a simple machine at the time, no other invention would humans depend on more to function.  Twenty-two years later, another German engineer built a similar yet more advanced type of motor. Although not as prominent around the time it was built, this engine would become the future of automobiles. In 1898, Ferdinand Porsche built his first car. It had an electric motor that could travel 50 miles, going at the speed of approximately 21 mph. This humble motor would be what we consider the future. After more advancements and modifications, it may be the time for the electric car to take the streets.

In today’s uncertain world, temperatures are higher and fossil fuels are being used up. The automotive industry is turning from internal combustion, which has powered us  forward through the 21st century, to electric.

In 1996, GM mass produced its first electric car, the EV1. People accepted it well but GM believed electric cars were an unprofitable niche and would come and go. They were wrong. Not only would electric cars become highly profitable, they also would be the world’s answer to the global warming crisis sustainable future. Nearly every manufacturer has made plans to have an electric car by 2030. Starting in the 2000’s electric vehicles really began to take shape. In 2010, Nissan introduced the Leaf. This was a cheap compact car that took the world by storm by having good efficiency and decent ergonomics. In 2016, Chevy introduced the Bolt- a mother compact electric car that sold well in the United States.

Between the launch of these two cars, Tesla began producing the Model S, a luxury sedan that had long range and began questioning modern design of vehicles that have a silicon start-up. Tesla has developed an extremely long range vehicle and options to enhance performance. The 2020 Model S has a zero to sixty time of 2.5 seconds and 655 horsepower. Elon Musk, the CEO of Tesla Motors, has a bright future for the world. He has developed a model that doesn’t use fossil fuels and is only powered by electricity. The Tesla line-up today includes the Model S, Model X, and Model 3. It is soon to be joined by an electric pickup and a sports car.

Tesla was far ahead in the electric luxury sedan race. In 1898, Porsche built his first car. Not only did it not consume fossil fuels: it was electric. No, it wasn’t anything compared to today’s standards, but it gave Porsche an opportunity to look at the past and advance into the future. Porsche has announced the Taycan, an extreme luxury sedan with a 2.4, zero to sixty time and a whopping 750 horsepower. It has a minuscule amount of drivable miles on a single model compared to the Tesla.  One hundred and ninety-two miles to charge for the Taycan compared to 560 (at the very highest) for the Tesla.

The two companies are taking two different paths. The Tesla is built to be the car of the future, with a minimalist aesthetic and a focus on driving practicality. The Porsche caters to people who want more of a driving car: one that takes corners like a sports car and can race like a modern “supercar”.

In today’s developing world, this competition between car manufacturers and an increased devotion to the development of electric cars means that we see a greener future. Less fossil fuels being used up means that the world may begin to mend itself from the past. What this also means is that organizations such as the EPA have already begun making regulations on the usage of gas powered cars.

“At this time, we are reaching the point where electric vehicles are matching if not exceeding the performance and practicality of a gasoline powered vehicle, which gives us a great outlook on the future of transportation.” said freshman Ryan Daugherty.

By 2040 more than half the cars being produced will be electric. To put this in context 60 million cars are produced per year. This also means that auto repair shops will need to adapt to the new power trains of cars.

“Gas stations and auto repair shops will need to have electricians in addition to service vehicles. This will create more jobs and help to decrease unemployment. Electric cars are the future,” said former engineer Mr. Edward Coury, Ms. Roseanne Coury’s father. “They have increased capacity for distance and speed. However, after using the battery, charging can take hours.”

From the beginning of the electric car in Germany to today’s world with hundreds of manufactures turning electric, the future of the most common form of transportation has a seemingly bright future.