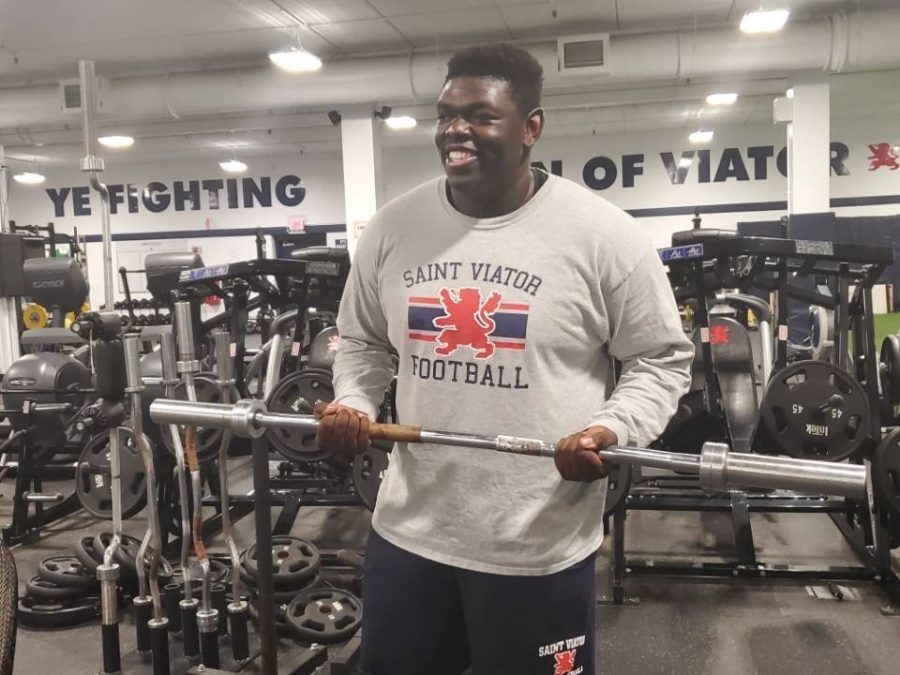 Athan Huelskamp lifts during his offseason.

During the basketball season, the stands are filled with students cheering on the team they support. However, these same students forget about basketball the moment the season closes, but what about the student athletes?

The off season is not a time for rest and relaxation for high school athletes, but rather it is a time to improve their talents without the pressures of the season. However, despite the additional time and removal of in season stresses, it is not always easy for athletes to get better during the off season because there is no one holding them accountable or even witnessing the work put in. Rather, they work to get better at their own discretion. In order to stay motivated, athletes contemplate future successes that could result from their work and the glory that could be gained for not only them, but for their school as well. The overall goal of all athletes is to achieve success through winning; therefore, the harder these athletes work during the off season, the greater the chance they have for success during their next season.

“I love the game of basketball and I hate losing so I’m always motivated to get better,” said Connor Kochera, a varsity basketball player and division one recruit. Kochera works out almost every day during the basketball off season in hopes of greater success down the line.

“Off season work is very important,” said strength and conditioning coach Mr. Nadolna. “If an athlete doesn’t work over the off season the beginning weeks of their next season will not be as great as they could be as they will need to get back in shape and catch up with all their teammates instead of improving their game.”

The off season is a time for improvement and that is shown by the coaches and trainers that are there to help. Overall, if you are ever sitting around during the off season not motivated to get better, remember your opponents and teammates are working to get better, so you should be too.