Hockey players face off against pressure 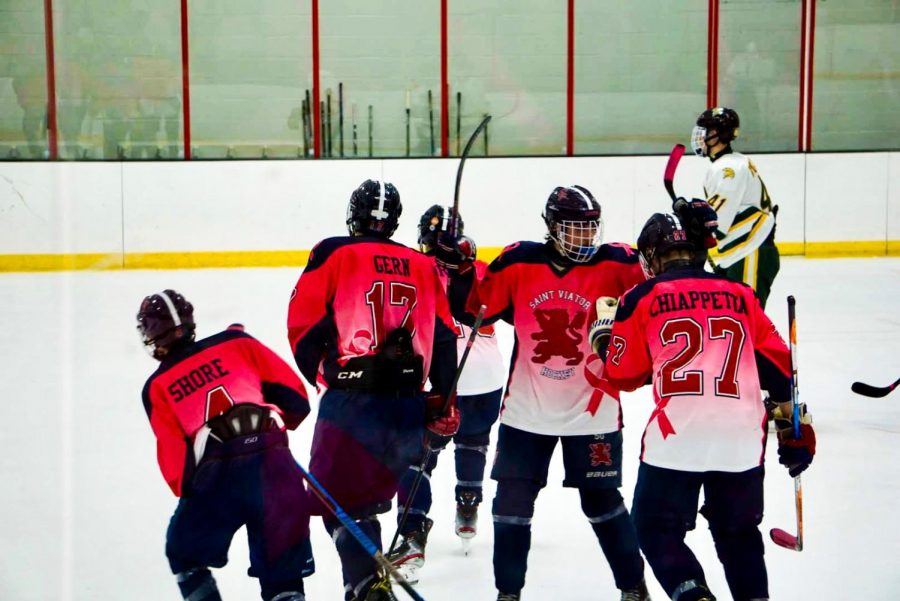 It is finally that time of year again. The hockey team is lacing up their skates, excited to be back on the ice. Last year, they impressed the entire state by reaching the state semifinals. They hope to carry last year’s success through this year. Although there have been major accomplishments from the team as of recent, a lot of pressure and expectations have been added.

“We have a target on our back,” said senior defenseman Nick Yustin. “As a team we remind ourselves that everyone is after us.”

Opposing teams view them as their toughest opponent to defeat. Clearly, all eyes are on the team. Even though the players are under immense pressure, they have been able to keep their calm by focusing on the task at hand by taking it one game at a time.

“We don’t want to focus too far ahead,” said junior left wing Harout Torosian. “We come in on Tuesday practice and focus on our next opponent. Coaches make sure that we understand our main goal is to win state, but we must take it one game at a time.”

It takes more than one game to reach their ultimate goal. Each game is a part of their journey and they cannot take any of them lightly. The games become easier to win when the student section shows up too.

“It is awesome that fans are showing up,” Yustin said. “Playing hockey my whole life, no one gave any thought to it, but at Saint Viator everyone loves it. It makes us fight harder.”

Fans showing up is an important part of the players’ motivation and pushes them to work harder for their goal.

“It is a big boost to our adrenaline and focus that we have the students there to support us,” said Torosian.

With the team in a much sought after spot, they will need to keep their focus. The fans give them something else to play for and take some of the pressure off.

“Our students do a great job attending hockey games especially on Saturday nights,” said athletic director Coach Jason Kuffel. “They bring an energy and excitement to the arena that I have not seen from many other schools and programs.”

In short, the hockey team has been given major expectations by themselves. Fans root for them to achieve their goals, which helps ease some of the pressure put on their shoulders. Every game and every practice can turn into something much more vast, possibly something that will shake up the state.