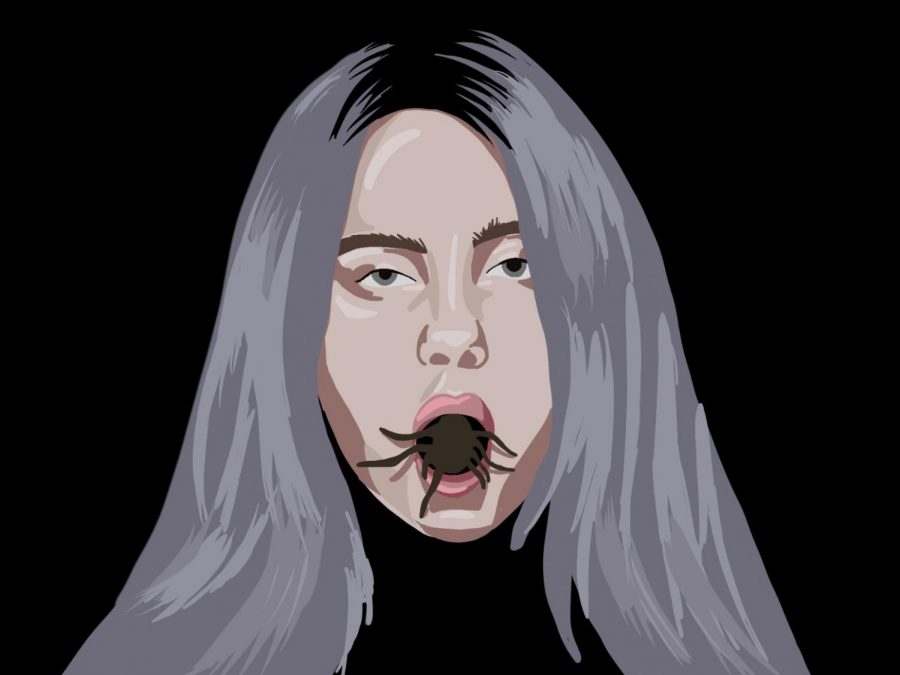 When people hear the phrase “child prodigies,” they think of history-making composers and musicians like Mozart, who started composing at the age of three, and Michael Jackson, king of pop, who was the lead singer in the Jackson 5. However, in the world of alternative music a new child prodigy continues on her rise to fame. Her name is Billie Eilish. At seventeen years old, Eilish is coming out with her new album, When We All Fall Asleep, Where do We Go?, with an anticipated release happening in the next couple of months.

Eilish was born into a musically talented family with both her parents having jobs as professional singers/actors. At the age of eleven, she started writing her own original songs, accompanied by her brother, Finneas. She started to gain popularity by posting videos of covers of other songs on Youtube. Millions of people saw how talented Eilish is. She released her first album, don’t smile at me in 2017 at the age of fifteen.

In her most recent album, Eilish experiments with various genres of music. Her song, “Watch” has more of an R&B sound to it. On the opposite side of the spectrum, her song “Hostage,” has more of an alternative and indie feel to it. One of her songs, “bellyache,” is about a serial killer. All of this came from a fifteen year old. Many people may think that her sound is not unique because all the music on the mainstream media sounds so similar. Despite this, Eilish said in an interview with Beats 1 that she was trying to find her own style through using different musical aspects from different genres to create a sound that is completely original and unique.

“Instead of trying to find a sound, when I want to make something and when I have an idea of what to make, I’m just going to make that,” the singer said. Eilish likes to be spontaneous and innovative with her music. She uses a variety of different instruments like the ukulele, guitar and piano. Eilish even recorded a majority of her first songs in her garage because she wanted to get the right echo in the microphone she was using to record.

Her most recent song, “bury a friend,” is dark and melancholic. Her sound produced in her new album is exquisite. The combination of harmonies and the main melody creates a masterpiece of sound that her fans will love.

Fans of artists like Lorde and Florence and the Machine are sure to love the dark mastermind behind the album. Billie Eilish may not be as world renowned as Mozart, but her musical flair is one that will be remembered in music history forever.