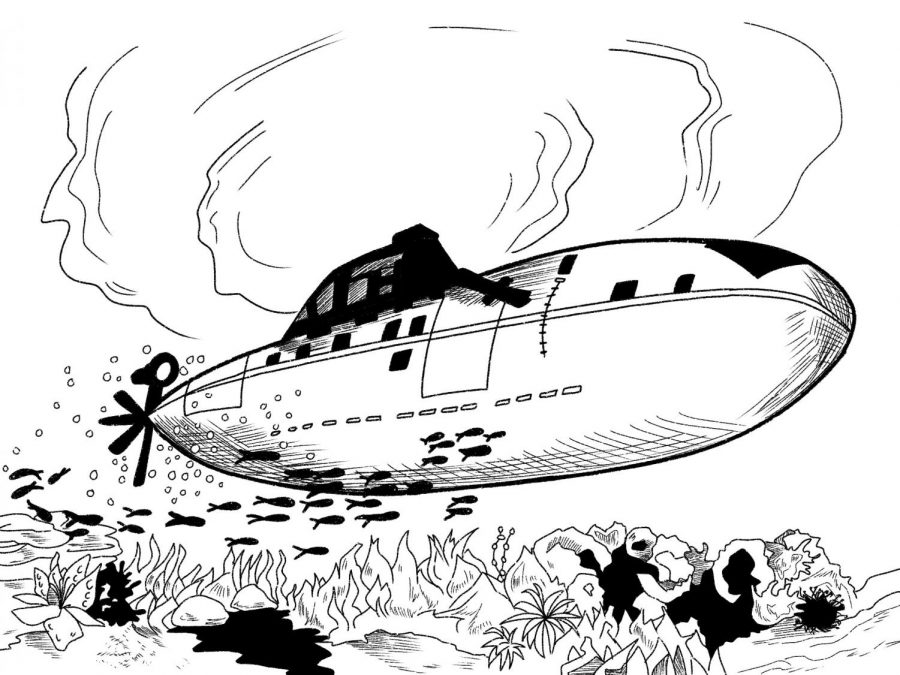 Imagine being transported into an undiscovered world full of priceless marvels. Species of fish and minerals that go unnamed are illuminated by the glow of a robot submarine in front of your eyes. The debut of the latest technology in submarines and underwater sensors allows marine biologists to have new data and research at their fingertips, increasing the world’s knowledge on sediments at the ocean floor that are millions of years old.

Throughout the course of history, the notion of the submarine has evolved in many stages. From an oar-powered concept in 1620 to the original U.S. Navy submarine, undersea vehicles have aided the world in countless aspects. Reduced to small robots with over 20 sensors, five cameras, and a remote control, groups of biologists around the world find it possible to take case studies to the next level.

“It’s amazing to see how computers and technology can be used to help people and science in so many ways,” said senior Emma Abrahamian. “I can’t wait to see what scientists come up with next.”

In Belize, a group of researchers including Fabien Cousteau, grandson of oceanographer Jacques Cousteau, have reopened an expedition started in 1971 by Jacques himself. Their quest began in December of 2018, but the project was halted by the lack of small equipment needed to maneuver the famous sinkhole. Using the new camera sensors that have been introduced to the market since their odyssey began, the first 3D image of the sinkhole was taken. In addition, two panorama photos of the “Blue Hole” were created and archived for further research. A new mineral was also discovered that had the shape of icicles found nearly 500 feet below the surface.

“This amazing technology discovers so many things about the past that become relevant today, and it unlocks the keys to evolution in addition to being able to save lost stories,” said biology teacher Mrs. Eileen Cairo.

These small submarines are easy to maneuver in tight quarters, and they present solutions to cost effective exploration projects. In Argentina this month, the ARA San Juan submarine wreck was discovered by the radar sensors on the new robot technology. The failed sea expedition took the lives of 44 men that remained in the “missing” status for a year. The advanced technology brought over 38 families closure as well as evidence of the wreck to shore with geolocation—also a feature of the contemporary submarines.

In the future, scientists and engineers have the desire to work together in combining top notch equipment and cutting-edge technology to produce the best work and research materials for the world as possible.