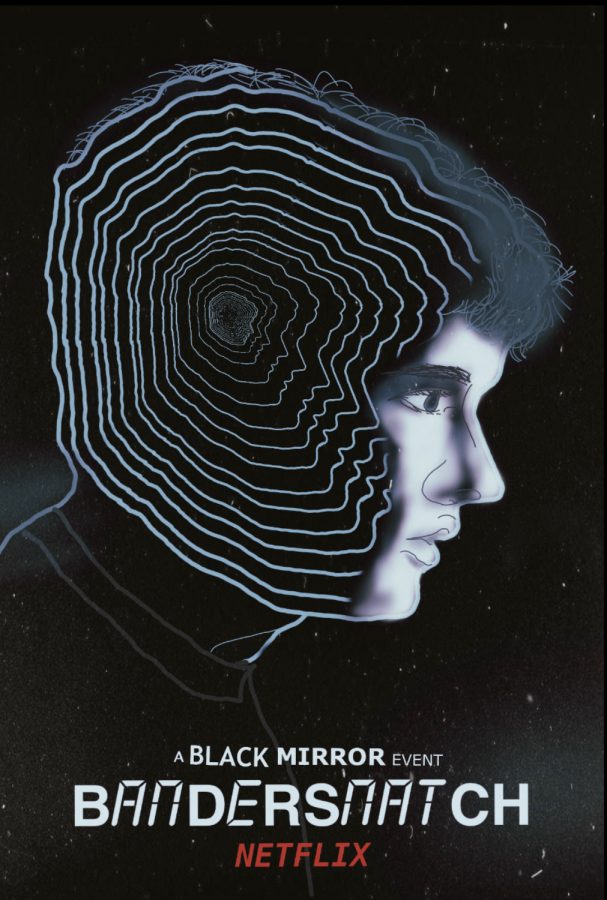 Netflix has been at the forefront of new and innovative content, but no series or film created matches the ingenuity and rarity of “Bandersnatch”.

On December 28, Netflix released “Black Mirror: Bandersnatch”, an interactive film where the viewer is able to make decisions that set the course for the rest of the film. The film serves as a companion of sorts to the Netflix Original Series, “Black Mirror”, an anthology series of stand alone episodes, which deals with the trials and tribulations of modern technology. Set in 1984, the film follows Stefan, a programmer who develops a video game based on a “Choose Your Own Adventure” novel, called “Bandersnatch”.

The first choice comes in the first five minutes of the film, where the viewer has to choose whether Stefan should eat Sugar Puffs or Frosties for breakfast, in a matter of ten seconds. This format persists for the duration of the film: Whenever Stefan is faced with a choice, the viewer has ten seconds to choose between two options displayed at the bottom of their screen. As Stefan continues to develop  “Bandersnatch”, he falls into a downward spiral, where he begins to question his own reality, the concept of free will, and the possibility that he is living in a simulation. The run-time of the film varies, with the shortest path taking 40 minutes to complete. The average viewer completes a path in 90 minutes, and if they choose to experience every possible ending, the story lasts for five hours and 12 minutes. There are five main endings that can be accessed, each with variations based on the individual choices made.

“Bandersnatch” is not Netflix’s first interactive special. They have also created “Choose Your Own Adventure” children’s specials, such as “Puss and Boots: Trapped in an Epic Tale.” However, while children’s stories follow simple paths, “Bandersnatch” includes new complexities that are appropriate for a more mature audience’s choices. Netflix even created their own software, called “Branch Manager”, which was able to track all of the possible outcomes in the story using a system of flowcharts. The system also allows the viewer to choose different paths than their initial choice, in order to not stray too far away from the objective plot. However, the complexity of the film caused difficulties even for the multiplex softwares, and the story treatment crashed 12 consecutive times in the process of the story’s formation.

Netflix plans to create and release even more interactive content in the future, following the success of “Bandersnatch”. Carla Engelbrecht, Netflix’s director of product innovation, says, “There is so much more that we can do than just linear television.” Netflix has recently secured the rights for a new interactive feature, and is in negotiations to make several more. As far as the execution goes, it executes the central theme of Black Mirror in a new way, by making the viewers themselves question their own reality, and if they are being controlled, like Stefan. As Stefan creates an experience where the player of his game makes decisions for its characters, he does not realize that he himself is being controlled by a viewer, or player, on Netflix. The dark and dire experiences of Stefan also affect the viewers personally, since they have been making his decisions and weighing the possible consequences of each decision by placing themselves in his shoes. “Bandersnatch’s” unique and groundbreaking concept proves itself interesting in pioneering a new wave of interactive and audience-driven media