Strut it! Taking a look at Viator’s fashionistas 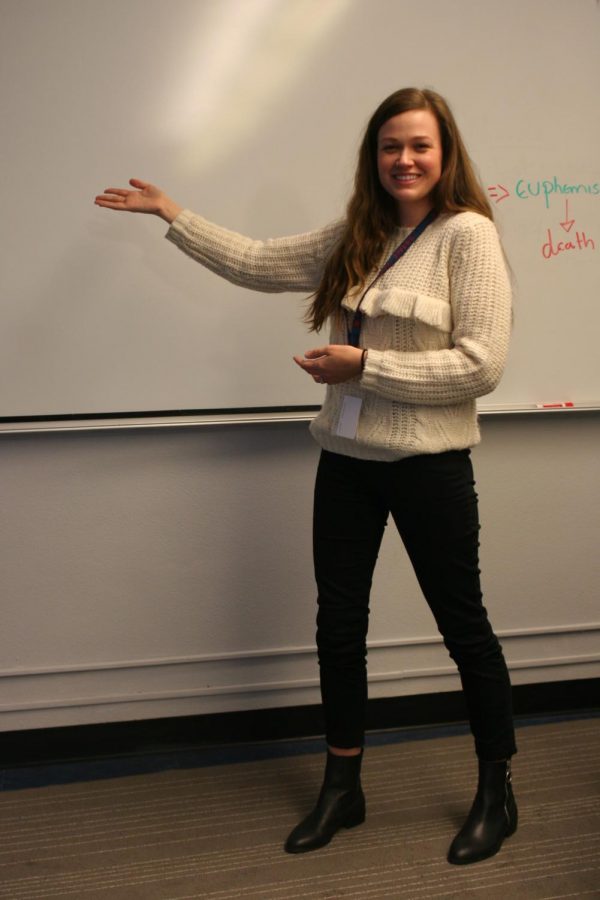 Some look to magazines for fashion advice. Others look to Instagram for some inspiration. In our halls, however, we have some of fashion’s fiercest players right in our midst.

Starting with our fiery females, Ms. Marie Dowd takes the crown for best-dressed female! She received the most votes for both the females and males, a whopping 59 votes! She can be seen in a variety of chic outfits, and sure knows how to pack a punch (or a sugarplum, in her case).

At the number two spot, it is none other than Dean Deb Scerbicke! Her love of cowboy boots, long skirts, and crossing guard jackets have clearly made an impression on the school. She can be spotted from the opposite end of the hall in her vibrant yellow outfits. This fashionista puts the ‘Deb’ in debonair!

Kneel before (Ms.) Megan O’Neill, because she is number three on the list! Her outfits put a spin on traditional work attire. This Wisconsinite doesn’t have cheesy outfits. There is never a dull day when you see Ms. O’Neill.

It sure adds up that Mrs. Brigette Brankin took the pi(e) for the fourth spot, as she can be spotted in a wide array of math dresses. This fashion aficionado has many dresses with many graphs, addition signs, and pi signs.

La vita é bella, or in this case, Ms. Mirella Rullo’s fashion sense! This Italian icon is a modern day Sofia Loren, who exudes elegance when she graces the halls. She creates the rules when it comes to style, and it’s no wonder why she placed in the top five.

Is he a Smurf or is he Cookie Monster? You decide. Taking the (blue) cake for the males, it’s Mr. Chris Paolelli! It is never a blue day with him, with his sunny personality and eccentric choice of clothing. Ranging from blue pants to blue argyle sweaters, he sure is diverse in his fashion choices. This Disney fanatic sure “blue” us away!

This Texas ranger dresses nothing like the people of his state. In second place, the man, the myth, the legend, Mr. Cory Jensen! He has a variety of soccer jerseys, and a whole lot of Nicholas Cage jokes. Don’t mess with Texas, or at least Mr. Jensen’s fashion sense.

This next winner is a total strike out! Third place is none other than Mr. Paul Bjerkness. He is a bowling fanatic, and he is no pinhead when it comes to his style.

It’s Santa Claus! It’s a Viator student! No, it’s Mr. Pat Neville! His assortment of button downs, Timberlands, and Vans are fan favourites. He also loves Viator polos, which often can lead people to think he is a student. He is living proof that button downs “Neville” go out of style.

He takes your sweatshirts, and now he’s taking fifth place. It’s the one and only Dean Bill Sanford! His love of millennial pink and hipster green pants have been a fan favorite, especially when he patrols the gym during Mass days.

The teachers had some tough competition! We received an astounding 371 votes to the survey, with a variety of responses split across every teacher. Congratulations to all the winners, and thank you to everyone who responded!