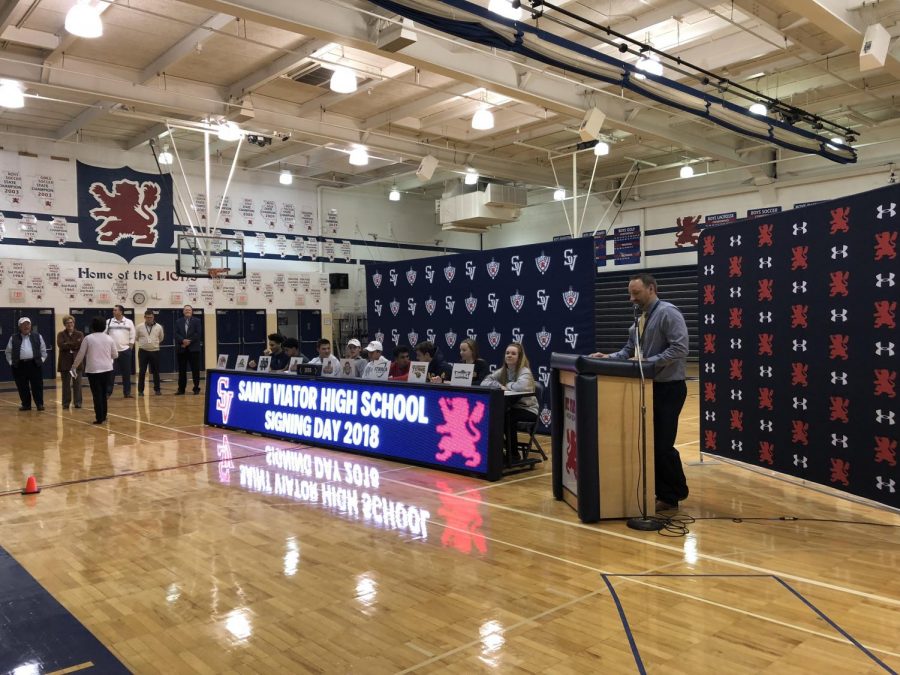 In the midst of a game, the referee calls a foul on the offense. Disappointed, the offense shifts to defense. A spectating parent disagrees with the call and refuses to let it go. Tensions rise as the parent continues to argue with the referee. After a few minutes and countless warnings, the parent is ejected from the game.

Student-athletes are engaged and committed to their sport, and parents love to watch their child excel in their game. However, sometimes overbearing parents involve themselves in games more than necessary.

“I was playing in a basketball game in middle school and a parent was complaining to the referee the entire game,” said varsity basketball player Connor Kochera. “Then, close to the end of the game, the parent erupted over a bad call, and the referee had to throw the spectator out of the gym.”

Student-athletes dislike parents interfering with the game on behalf of a child.

“I think it disrupts the game and creates more stress in the situation than needed,” said freshman basketball player Mary Grace Hegberg. “I don’t think it’s right because nothing positive ever comes out of the parent getting too involved in the game.”

“When a parent gets too involved in a game it frustrates me,” said Kochera. “I have experienced this first hand playing and refereeing basketball. As a player it annoys me because I am trying to focus and play to the best of my ability. Then, as a referee, it really frustrates me because parents will complain about calls…not only disrupt[ing] the game, but… also being disrespectful.”

Parents might believe their passion helps their child, but in many cases it has a negative impact on the player.

“I was playing in a soccer game and one parent from my team got really upset with the ref,” said Hegberg. “He ended up getting kicked out of the game and this affected his daughter. She was thinking about the situation the whole game and ended up having a bad game.”

Few parents cross the line. Most parents just want to watch their child play and be there for success or for loss.

“I attend [games] to support them and all their hard work and to cheer them on,” said Mrs. Leslie Bottcher, a mother of four student-athletes.

“It’s fun to watch them play and compete and do their best,” said Mr. Sexton, a father of four student athletes. “It’s exciting to watch them perform at the best they can do.”

Many parents believe parent involvement during games has a negative impact on the players and are against it.
“It makes me extremely frustrated and sad because it doesn’t help the kids,” said Mrs. Bottcher.

“I think it is really unfortunate, and it’s the wrong attitude and the wrong way to behave,” said Mr. Patrick Sexton. “It’s not a good example for your children or the other athletes. The players should play, coaches should coach, and parents support.”

“I’ve seen a lot of parents getting on refs and other things like that but not necessarily in our program,” said varsity basketball Coach Quinn Hayes.

Coaches hold a parent meeting early in the season. Coaches install rules on what is expected of the parents to avoid future issues.

“We ask parents and fans to be respectful of what we do as coaches and the amount of time we put in as coaches,” said Coach Hayes. “[We ask they] cheer on not only their son or daughter but everyone on the team.”

Despite sometimes acting disrespectful during games, parents have many positive influences on teams. Parents help with uniforms, drive student-athletes to games and practices, and cheer from the sidelines.

“We want parents to be a part of the team,” said Coach Hayes, “as long as it is done respectfully.”