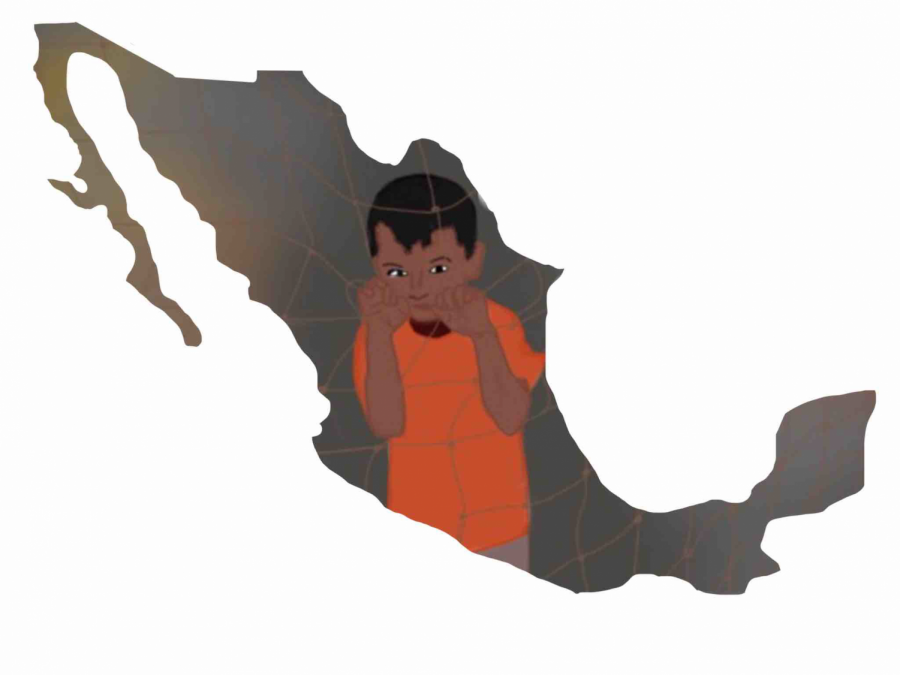 On October 12, in the city of San Pedro Sula, Honduras, a group of people gathered around a bus stop in hopes of escaping the crime ridden city and finding peace in the United States. Within a day, over 1,000 Hondurans joined and started the month long trek to the United States and Mexico border. As the group of migrants passed through El Salvador and Guatemala, the area of the world with the highest murder rates, more and more people attempt to reach prosperity in the United States. They all dream of having a good job or escaping violent gangs.

“Donald Trump sent troops to meet the immigrants at the border and keep them out of the US,” said junior Dominic Yonkus.

On October 31, President Donald Trump sent 5,000 troops to assist the border patrol at the United States and Mexico border in preparation for the incoming wave of immigrants who sought a better life or asylum for the fear of their safety in their gang ridden countries. The United States is required to review cases for asylum, and therefore it can be difficult to be admitted into the country. Many immigrants have a legitimate case for asylum: persecution or fear of persecution for nationality, race, religion, or political affiliation.

El Salvador is rampant with gangs like MS-13, providing a strong reason for asylum. El Salvador’s murder rate in 2016 was 81.2 people per every 100,000 people. In Honduras, the two largest gangs are MS-13 and Barrio 18. The gangs pay off police, and the government does nothing to stop them. There is no control over the gangs, and the migrants from those countries are afraid for their lives because the police will not protect them.

Sadly, the immigrants coming from Guatemala do not have as violent and life-threatening reason. They leave Guatemala because the economy is in a depression and failing. They are looking for better economic opportunity, but because they have entered illegally and their cases for asylum are not as strong, they will be deported.

“If they qualify for asylum and their government is doing nothing to protect them, they should be let in,” said Mr. Kyle Deger.

Mexico, opposite to some actions by the U.S. government, has offered to help the immigrants. Mexico offers schooling, medical attention, and shelter. These are the first steps of President Enrique Pena Nieto’s “You are at home” plan. Benefits will be provided as long as the immigrants apply for refugee status in Mexico. Many migrants still refuse the generous offer because they believe that life will be better in the United States and that Mexico is not as stable, both politically and economically. Mexico also had increased gang violence recently in popular destinations, frightening those attempting to escape from gangs.

Each person has their own reason for traveling to the United States, but not everyone is let in. Whether they are persecuted for nationality, race, religion, or political affiliation, or they are affected by gangs or a weak government, the long trek to the United States usually ends in disappointment, failure, and necessity to return to their home country. As a Viatorian community, we can pray for those that they will be safe wherever they end up.