Oh, what fun it is to watch Christmas movies 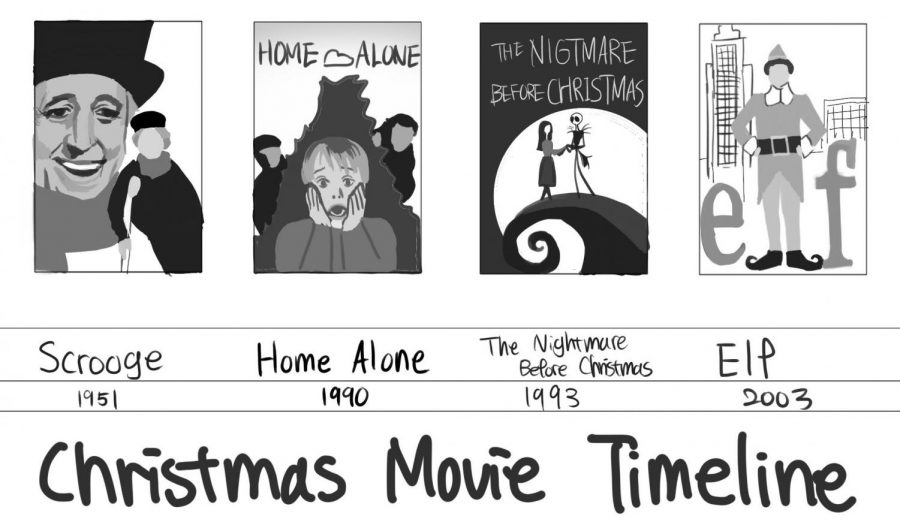 Christmas is arguably one of the most joy-filled times of the year. From the decorations to the food, the giving to the gifts, and the music to the movies, there’s no shortage of cheer during this time of year. Christmas movies, in particular, have withstood the test of time, but have drastically changed.

Looking at classic Christmas movies such as “A Miracle on 34th Street” or “It’s a Wonderful Life,” the messages are mainly focused on the goodness in people, and the acts of kindness that are synonymous with this time of year. “A Miracle on 34th Street” dives into the famous Macy’s annual Thanksgiving Day parade, when a man by the name of Kris Kringle has to fill in for a drunk Santa. He begins making regular appearances at the local Macy’s store and convinces many children that he is Santa. In the end, he’s put on trial for this claim and a prestigious lawyer saves him, showing that even in the most unlikely of people, there’s good.

Another feel-good Christmas movie is “It’s a Wonderful Life.” George Bailey, a banker, is going through some hard times during Christmas, times so difficult in fact, that he’s thinking about ending his own life. However, George has made such a positive impact on all the people around him, that his guardian angel comes down from Heaven to show him what a terrible place the town would be if he hadn’t been born. This movie illustrates how important each and every little act of kindness is, and just how much of an impact one person could have.

More recent movies, such as “The Santa Clause,” focus more on the production of toys and duties of Santa rather than the true spirit of the season. This, of course, reflects the materialistic American culture of today. Christmas is all about gaining new toys or clothes, and in this, good deeds often take a backseat to the prospect of having even more things. This, however, is not just around Christmas time; it’s present in everyday American culture as well. Constant advertisements and infomercials display the new item that we just have to have. This culture is intensified during the Christmas season, and a lot of times that’s displayed through Christmas movies such as “The Santa Clause.” That’s not to say that more modern Christmas movies like “The Santa Clause” don’t have good messages as well; they just aren’t the main focus of the movie.

Regardless of their differences, these movies all evoke a similar feeling: that Christmas is the most wonderful time of the year.